Accident Attorney Representing Victims in Fort Lauderdale and Beyond 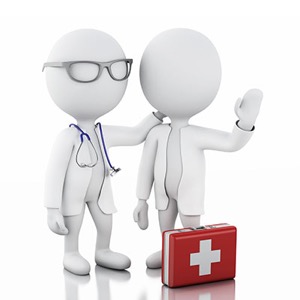 Burn injuries are among the most severe and painful injuries that a person can sustain, and they often cause permanent impairments. There are numerous ways in which burn injuries can occur, but in most instances, burn injuries are preventable and only happen because a person or entity fails to act appropriately. If you sustained a burn injury, you should consult a skillful personal injury attorney to discuss whether you may be able to seek recourse for your harm. Joseph I. Lipsky is a seasoned Fort Lauderdale burn injury lawyer who will aggressively pursue any damages that you may be entitled to recover from whoever is responsible for your injury.

Burn injuries are classified in severity by degrees. First-degree burns are relatively minor and generally cause redness and pain that resolve in about a week. Second-degree burns may be superficial, which means that only the top layer of skin is affected, or full-thickness, which means that the burn extends into deeper layers of the skin. Second-degree burns can take several weeks to heal. Lastly, third-degree burns, which are the most severe type of burn injury, not only damage multiple layers of skin but also injure the tissue below the skin. Third-degree burns require extensive treatment, which may include skin grafts and other surgical procedures. People who suffer burn injuries may incur significant medical bills for the treatment of their injuries and any occupational or physical therapy, rehabilitation, or nursing care that they need following their injury. A burn injury attorney in Fort Lauderdale can help them seek reimbursement for these costs.

Severe burn injuries not only cause extreme pain but also can cause nerve damage, extensive scarring, tissue loss, and psychological harm. Significant burn injuries can also cause sensory and motor dysfunction, which can result in a diminished capacity to work. In some instances, a person suffering from a burn injury will be rendered incapable of returning to work.

Proving Liability for a Burn Injury

Many burn injuries are caused by avoidable accidents. As a result, many people suffering from burn injuries can recover damages from the party responsible for the accident that caused the burn injury in a civil lawsuit. In most cases, negligence causes the accidents that produce burn injuries. To prove negligence in a civil lawsuit in Florida, the injured person must show that the party that caused the accident had a legal duty or obligation to conform to a certain standard of conduct, which was breached, and that the breach caused the subsequent injury. A Fort Lauderdale burn injury attorney can gather evidence to prove these elements. The injured person must also show that he or she sustained cognizable damages.

Speak With an Experienced Attorney About Your Burn Injury

Burn injuries can cause catastrophic harm. If you have suffered a burn injury caused by someone else, you should pursue compensation from the party that caused your injury. Joseph I. Lipsky is an assertive burn injury lawyer in the Fort Lauderdale area who will fight diligently to help you pursue any damages that you may be owed. Mr. Lipsky assists burn victims seeking compensation in Broward, Miami-Dade, Orange, Palm Beach, and Monroe Counties, including in Fort Lauderdale, West Palm Beach, Miami, Orlando, and Key West. We have offices in Delray Beach, Plantation, Miami, and West Palm Beach. We can be contacted via our online form or at 1-888-352-5298 to set up a confidential and free meeting regarding your case.