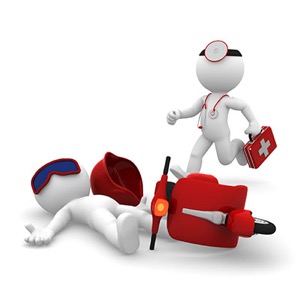 Fort Lauderdale motorcycle accident lawyer Joseph Lipsky understands that motorcycle accidents account for more than ten percent of all crashes in the United States. Motorcycle drivers are at a greater risk of being seriously involved in a crash not only because their bikes provide less protection that a motor vehicle, but primarily because those motor vehicle drivers do not pay close enough attention for motorcycles. That lack of attention results in tens of thousands of motorcycle involved crashes annually, particularly within on our local communities, Pembroke Pines, Pompano Beach and Hollywood.

In fact, motorcyclists are thirty times more likely to be involved in a deadly crash than a driver or passenger in a car. Motorcycle accidents are responsible for more than 14% of all traffic accidents wrongful deaths annually. In real life terms, those statistics mean that over 82,000 people suffer some kind of injury in a motorcycle crash each year. Miami motorcycle injury attorney Joseph Lipsky has helped dozens of seriously injured motorcycle accident victims over the past 25 years to collect millions of dollars in compensation for their injuries.

Most often motorcycle collisions, and their resulting injuries, often occur because of the following reasons:

In fact almost half of motorcycle crashes happen when a motor vehicle making a left turn drives directly into the path of a motorcycle which is going straight. Also, 35% of all motorcycle accidents involve a speeding motorist.

Because Florida allows any rider over the age of 21 to forgo wearing a safety helmet, sadly there has been a dramatic increase in the number of deadly motorcycle crashes over the past ten years. In fact, the wrongful death rate is more than 10% higher for riders who were not using a helmet. More than 40% of all motorcycle riders who died in accidents were not wearing a helmet. The NHTSA estimates that over 800 lives would be saved annually if all riders used a helmet.

While Florida Law does not make it a violation to forgo the use of a helmet, when a crash happens, if another vehicle is involved and found to be the cause of the crash, that negligent car or truck’s insurance company will argue that the rider’s failure to wear a helmet means they were comparatively negligent. If a jury determines that a rider’s injuries were the result of such comparative negligence, the amount of financial compensation that rider may recover will be reduced by their assigned percentage of comparative negligence. This means, a seriously injured rider who chose not to wear a helmet will not recover the full amount of their damages, even though they complied with Florida Law.

Having helped hundreds of motorcycle accident victims collect millions of dollars of compensation for their unpaid medical bills, lost wages, disfigurement and pain and suffering, Miami Motorcycle Accident Attorney Joseph Lipsky has more than twenty five years of experience in overcoming the prejudice many jurors and insurance companies have against motorcycle operators. With the assistance of our reconstruction experts Fort Lauderdale Motorcycle Accident Lawyer Joseph Lipsky is able to demonstrate that despite what an investigating police officer may state, that a motorcycle driver may not have been the cause of a particular crash.

For over 25 years we have helped seriously injured victims and the family members of motorcycle accidents, pick up the pieces of their lives after being injured in a motorcycle crash caused by someone else’s negligence.

Because of the likelihood of suffering a serious injury in a motorcycle accident, Florida Keys Motorcycle Lawyer Joseph Lipsky understands the importance, and has the financial resources, to retain work rehabilitation experts to help clients return to their maximum pre-accident capacities, and to verify the lost income caused by injuries, including:

If you or a family member is injured in a motorcycle accident throughout Florida, including Fort Lauderdale, Miami, the Florida Keys or the Palm Beaches, we urge you to contact us, either ONLINE OR by CALLING us:

to schedule your FREE NO OBLIGATION CONSULTATION. The call and personal injury consultation are FREE, so do not delay in calling to find out about your legal rights.

Visit Our Car
Accidents Website
Contact Us
Fort Lauderdale Personal Injury Lawyer
Free Florida Car Accident eBook
Florida Personal Injury Lawyer Blog - Motorcycle Accidents
Client Reviews
★★★★★
Extremely professional and knowledgeable. Great communication and compassion. We were compensated for our losses. We would recommend Mr Lipsky and staff to anyone. ANYTIME! Elizabeth Fitz
★★★★★
I am so thankful to Attorney Lipsky and his staff ... they went above and beyond for me during a very difficult time after a horrific motorcycle accident. I never expected the outcome that they were able to obtain for me. Mr. Lipsky, Sandy and the rest of the staff give a whole new meaning to Professionalism and Dedication. I would highly recommend Mr. Lipsky .... I promise you; you will not be disappointed. Thank you !!!! Sandra Cantone
★★★★★
Mr. Lipsky and his team are some of the best out there! Fast recovery and a nice friendly staff who are able to explain everything thoroughly. Highly recommended! Ryan S
★★★★★
If you want the Job done then you want Attorney Lipsky office to do it for you. I have trusted this office with all my personal injury needs since the early 2000.
Not only is the attorney awesome, the staff Sandy and Jessie are awesome as well. They answered all my questions and concerns in a timely matter.
#TeamLipsky Trish Johnson
View More
Submit a Law Firm Client Review